Alexandra Daddario, 36, puts on a busty display as she sports matching mint swimwear with sister Catharine, 29, by the river in Louisiana

White Lotus actress Alexandra Daddario, 36, put on a very busty display on Thursday as she enjoyed a dip in the river with sister Catharine, 29, in Louisiana. The duo donned matching mint leopard print swimsuits for the afternoon, as they lounged on the riverbank and enjoyed the sunshine.

Later the sisters showed off their impressive skills as they paddle-boarded together, flaunting their fantastic physiques in the process.

Alexandra, who was born in Manhattan, opted for a cleavage enhancing Aerie two piece for the outing, which accentuated her hourglass figure.Sister Catharine, who is also an actress, chose an asymmetrical swimsuit in a matching print, with cut outs and tie detail at the waist, opting to model a design from the same sustainable Aerie Real Good Swim collection that her sibling also sported.

With her hair, longer than her sisters, falling in a relaxed style she too opted for no make-up for a day of fun. 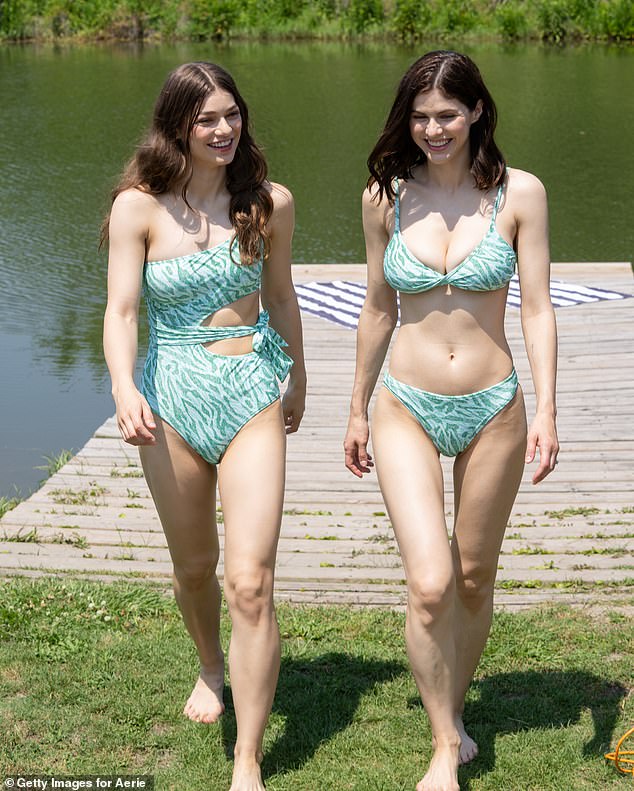 The ladies took to the water and paddled along on their individual boards, first on their knees before later climbing to their feetThis comes after Alexandra threw her support behind Sava Jeffries’s casting as Annabeth Chase in Disney Plus’ Percy Jackson TV series, after several hateful comments surfaced online.

The star, who originally played the role in the 2010 movie Percy Jackson and the Olympians: The Lightning Thief and 2013’s Percy Jackson: Sea of Monsters. 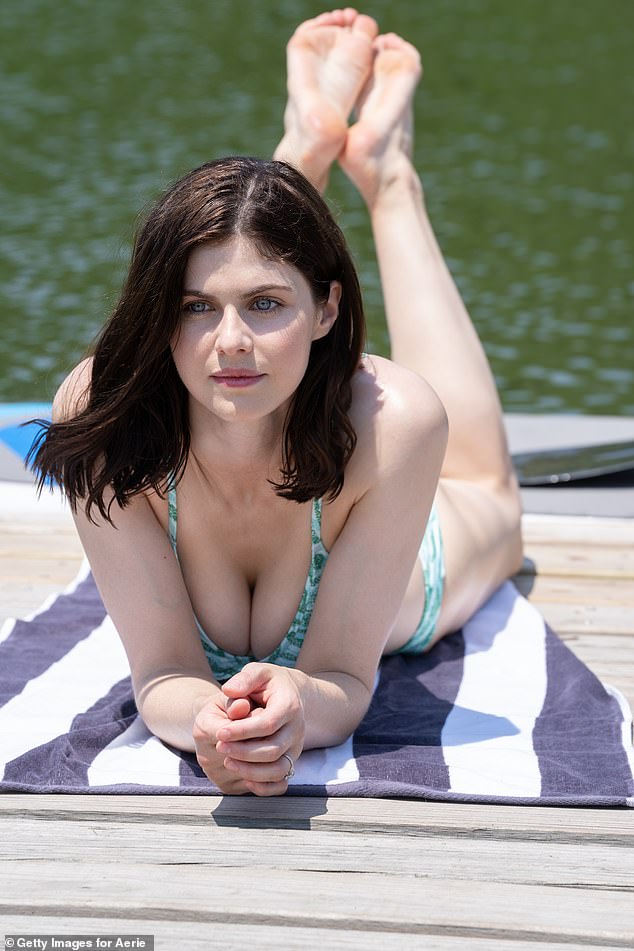 Some fans were upset that 12-year-old’s casting because she is a Black actress and does not ‘match’ the character, since she was written as white in the original books by Rick Riordan, but both Daddario and Riordan came to her defence.

The It’s Always Sunny In Philedelphia star took to Twitter on Tuesday with a simple and supportive message for the young actress: ‘Leah Jeffries is going to be an incredible Annabeth!!!’ 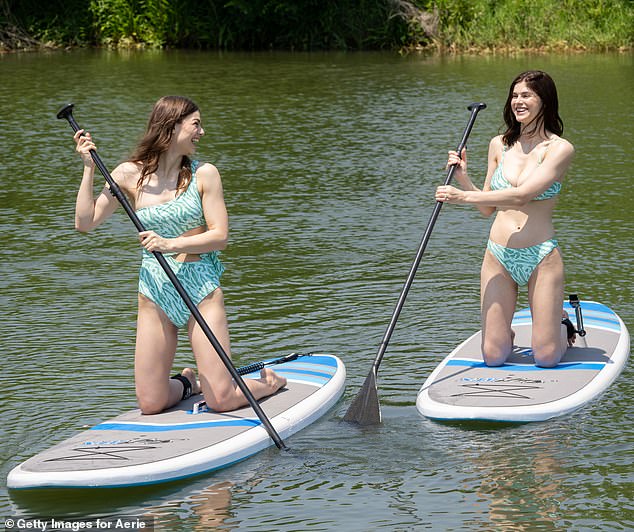 The news was announced on Thursday alongside 16-year-old Aryan Simhadri as Grover, weeks after Walker Scobell (The Adam Project) was announced as the new Percy Jackson.

Logan Lerman played Percy Jackson in the films, alongside Alexandra and Brandon T. Jackson as Grover, though fans were upset about the casting. 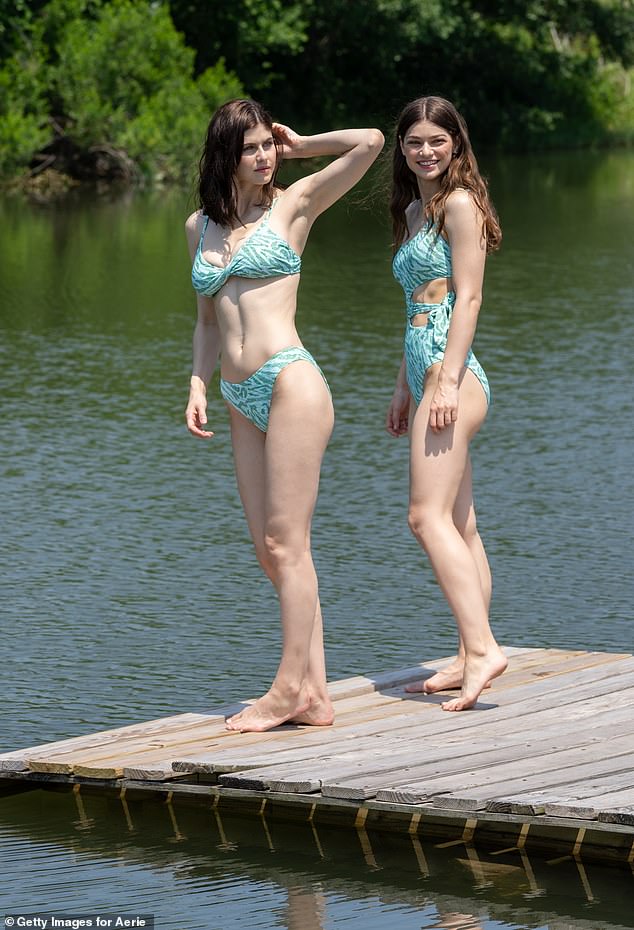