Prince Harry reignited royal rifts with a new bombshell TV interview—even as he was riding a wave of positive publicity for his Invictus Games tournament.

The Duke of Sussex is back on the U.K. newspaper front pages with tales of palace fury at his latest revelations. Harry and Meghan Markle had an olive branch meeting with Queen Elizabeth II on Thursday, April 14, and met Prince Charles and Camilla, Duchess of Cornwall, at the same time.
Newsweek has been told the Prince of Wales was pleased to see the Sussexes and hear news of their children, Archie, who turns three in May, and Lilibet, ten months old.However, it took just six days for the fragile peace to break down as Harry joined Hoda Kotb, from NBC’s Today show, to discuss tea with the queen and royal relations.

The outcome included several swipes sure to ruffle feathers within the Monarchy and was broadcast in full the day before Elizabeth’s birthday.

In it, Harry said: “It was just so nice to see her. She’s on great form. She’s always got a great sense of humor with me and I’m just making sure that she’s, you know, protected and got the right people around her.”

It was unclear who he felt she needed protecting from but Prince Andrew recently landed the monarch, who turned 96 on April 21, with a wave of negative commentary after walking her into a memorial to Prince Philip, weeks after settling his Jeffrey Epstein-related civil sexual abuse lawsuit.

However, Harry and Meghan have also spoken previously about friction between them and royal staff, not to mention long-standing tension with other family members.

Even as U.K. commentators criticized Harry’s words, the full interview was broadcast on the Today show on Wednesday morning, spelling further controversy. 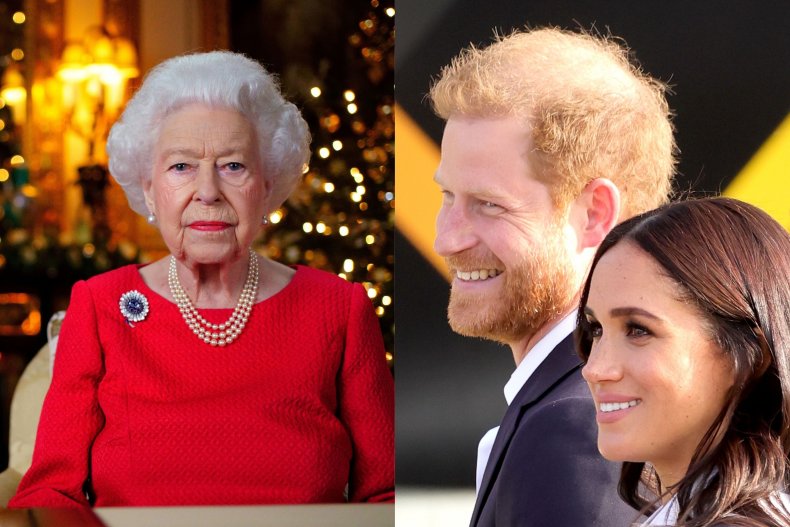 Harry acknowledged he does not know whether he will attend the Platinum Jubilee celebrating his grandmother’s 70 years on the throne in June, citing a dispute over his police protection.The duke is suing the U.K. government for removing his police bodyguards during visits to Britain.

However, he also suggested he has a unique connection with the Monarch when he said: “We have a really special relationship. We talk about things that she can’t talk about with anybody else. So that’s always a nice piece to it.”

If that may have rubbed other family members up the wrong way it was not the end as he also swerved a question on whether he had been missing Prince Charles and Prince William.
Harry replied: “Look, I mean… at the moment, I’m here focused on these guys [at the Invictus Games] and these families and giving everything I can, 120 percent to them to make sure that they have the experience of a lifetime. That’s my focus here.”

And there was more for Prince William to stew over as Harry suggested their mother Princess Diana has moved on to helping him.

Asked whether he felt Diana’s presence, Harry said: “More so than ever before. It’s almost as if she’s done her bit with my brother and now she’s very much helping me. She’s got him set up, now she’s helping me set up. That’s what it feels like.”
Harry also suggested the queen does not care about her birthday hours before a specially commissioned portrait was released to the media celebrating the milestone.