Hugh Jackman celebrated his Emmy Award nomination for Outstanding Lead Actor in a Limited Series or Movie for Bad Education in 2020.

But Hugh Jackman decided to relax on Wednesday as he hit the beach in the Hamptons with his wife Deborra-Lee Furness. The 53-year-old actor flaunted his muscular physique only wearing black swim trunks as he enjoyed the water. 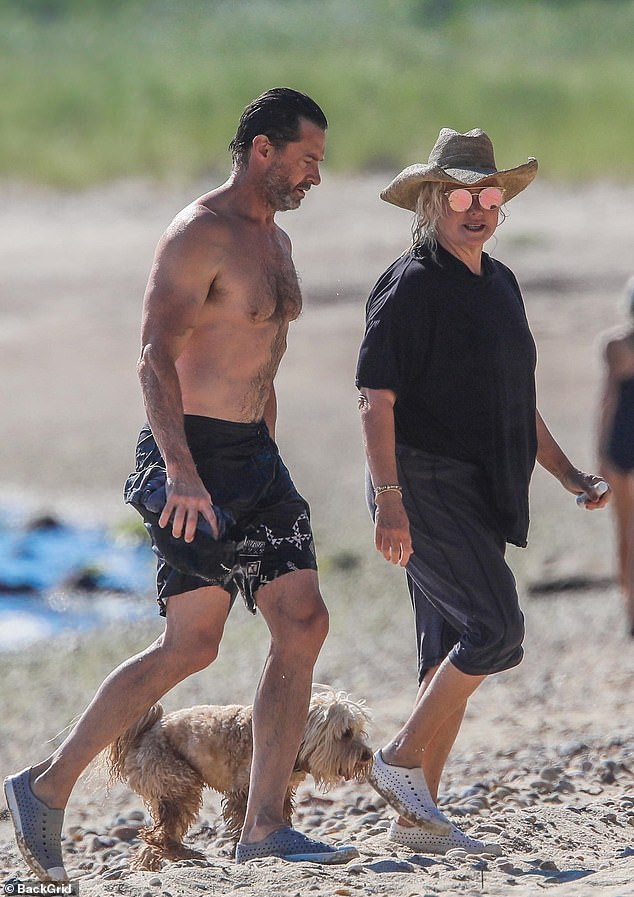 He topped off his look with perforated grey slide on sneakers as he went to leave the beach. Him and his wife of 26-years both took a dip in the ocean before heading back to their local Hamptons home. Deborra donned a black one piece swimsuit for the dip, and covered up in grey athletic shorts and a plain black tee.

She wore matching shoes to her husband, but in a pure white color and shielded herself from the sun with a cowboy hat and pink circle sunglasses. They brought their dogs out to the beach with them to enjoy some time in the sun. 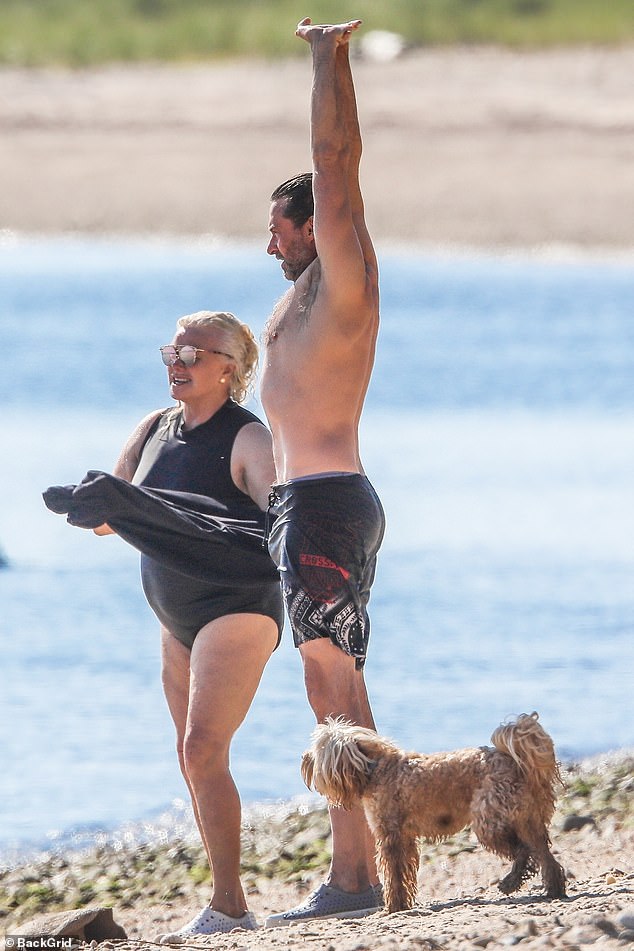 The Australian actor told The Hollywood Reporter that his delighted celebrations ‘woke up his daughter’ Ava, 17, at their East Hampton home in New York when he found out he’d been nominated for his role as Frank Tassone in the crime drama.

‘I’m feeling very blessed and humbled. I’m grateful to be part of a film that you love doing that people seem to respond to and then you get a nomination. It’s just all icing on the cake. It meant a lot!’ he said. Following the announcement of the Emmy nominations, Hugh said in a statement: ‘I’m humbled by the nominations for both me and the film and excited to be named with such a talented group of actors.’ 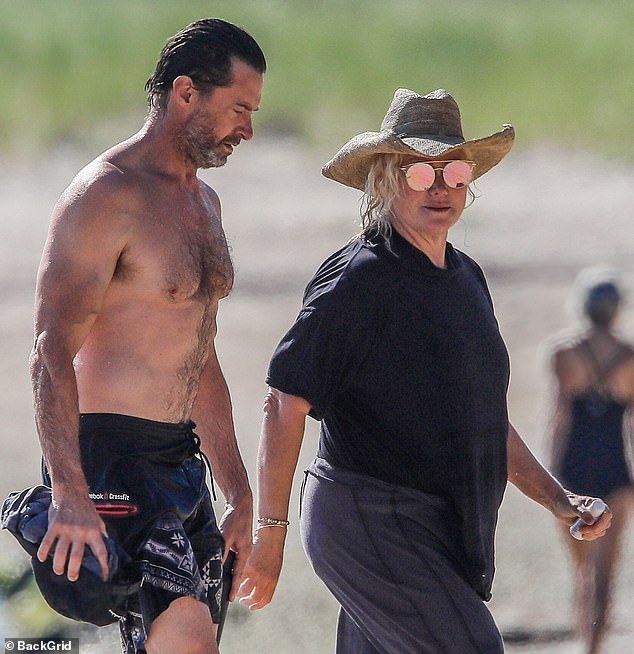 The X-Men star added: ‘My immense appreciation goes out to all those who believed in Bad Education – especially the hardworking team at HBO.’

Hugh continued his celebrations on social media, where he shared a clip of Deadpool actor Ryan Reynolds congratulating him on the Emmy nomination.Earlier this month, revealed he was homesick and wanted to go back Australia, after a lengthy lockdown in New York due to the coronavirus pandemic.

Deborra and their children, Oscar and Ava, were in Melbourne when COVID-19 was declared a pandemic in March.

They initially flew there from New York on a work trip as Deborra-Lee directed several episodes of Neighbours. They then returned to America after just four days.

‘No one really knew what was going on… it was all a bit of a shock,’ said Hugh after being advised to return to his American home before the borders closed.