A lot of work and creativity goes into celebrity red-carpet looks, so it’s only natural that Hollywood A-listers develop close friendships with their stylists and make-up artist. And Kate Beckinsale celebrated that special bond with her long-time MUA Chase Aston in a sweet birthday tribute shared on her Instagram page in December.

Uploading a carousel of photos of the two together, which spanned professional shoots, BST pics, including one from the Jolt movie set, and a goofy selfie, the actress penned a loving message of appreciation for her friend, whom she adorably calls “Dollylocks.”

Kicking off the five-part share with a glorious beach-themed snap that portrayed the pair on some sort of a wooden ramp, Beckinsale delivered swimsuit chic in a black two-piece bikini paired with a matching wide-brim hat and dark sunglasses. 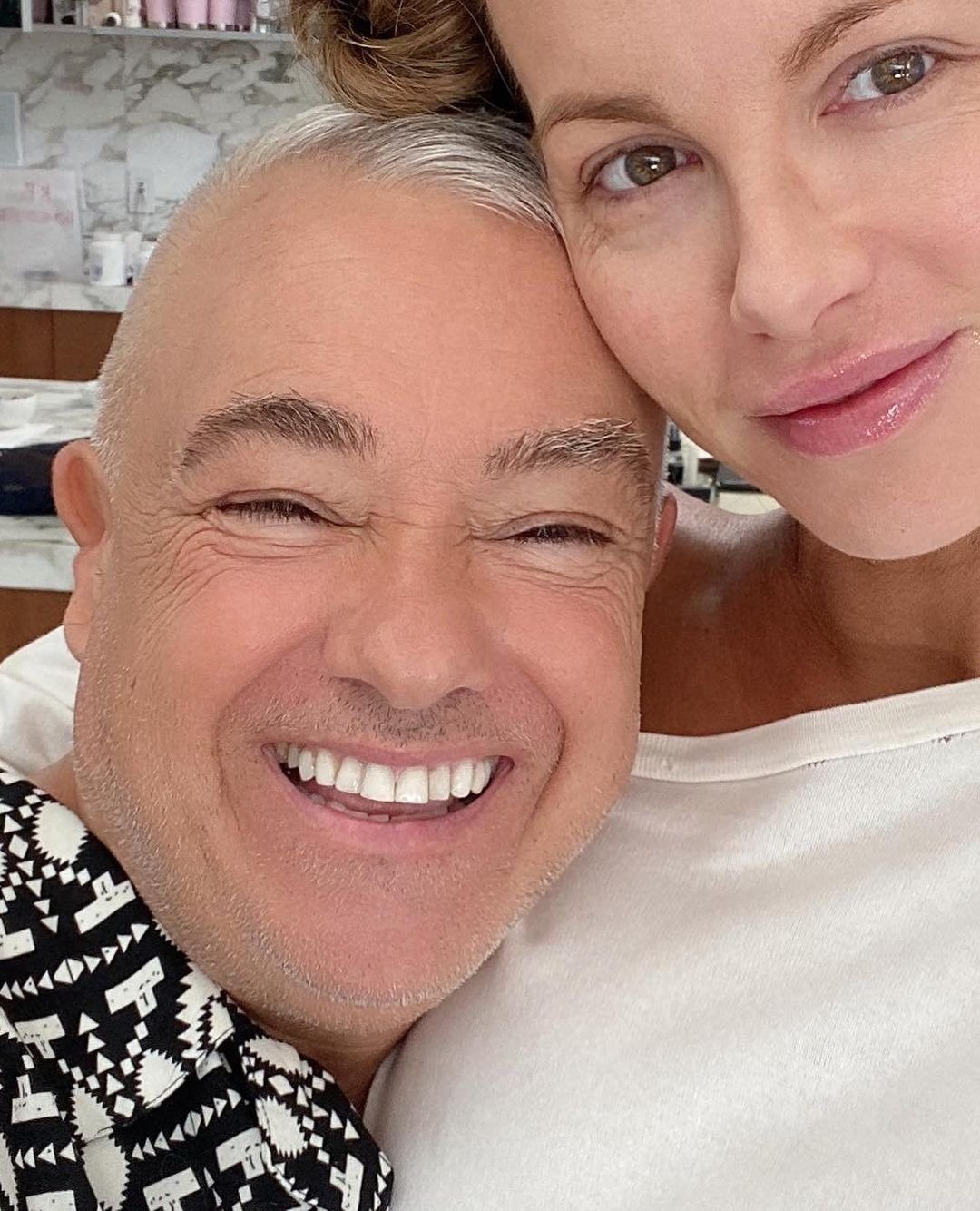 Perched atop strappy brown heels, she showed off her endless pins in a standing pose with both arms nonchalantly tucked behind her head. Meanwhile, Aston was laying down at the feet, sprawled on a blue cushion. He wore a black-and-white Hawaiian shirt and dark shorts.

The slideshow continued with an image of Beckinsale in the makeup chair. She was in the midst of getting hair rolls, while Aston applied a shimmering gold palette on her eyes.

Fans were also treated to a hilarious snap from the Jolt movie set, wherein the limber actress showed off her flexibility with a leg hike on a dumpster. As always, her treasured MUA was by her side, retouching her glam.

Beckinsale’s Instagram-famous Persian cat, Clive, also made an appearance toward the end and was seen lounging on a makeup table next to a smiling Aston.

Lavishing him with compliments in the caption, Beckinsale wrote: “Happy birthday, Dollylocks, my most favourite [sic] excellent SB, PB and M. Whether it’s going all the way to Africa or sitting in my mum’s kitchen you are eternally the funniest, best, most loyal, bloody good egg ever.”

“Dollies for life,” she continued, adding a string of cake emoji.