PIERS MORGAN has delivered a dig at “Princess Pinocchio” Meghan Markle over the news that her children have gained royal titles following the death of Queen Elizabeth II. Piers Morgan, 57, spoke out to shame Meghan Markle, 40, after it emerged that the two children she shares with Prince Harry, Archie and Lilibet, will now become His and Her Royal Highness.

The broadcaster spoke out to remind the world that she had claimed on her interview with Oprah Winfrey that her children had been barred from receiving royal titles, although his frank commentary was blasted by some as crass and insensitive.

“REMINDER: Princess Pinocchio told the world on Oprah that her son was barred from being a Prince because of his skin colour,” Piers exclaimed to his almost eight million followers.

However @dave43law then hit back with his own retort, swiping: “Reminder – her husband has just lost his grandmother – today is a day to shove the one dimensional view you hold somewhere the sun don’t shine!” 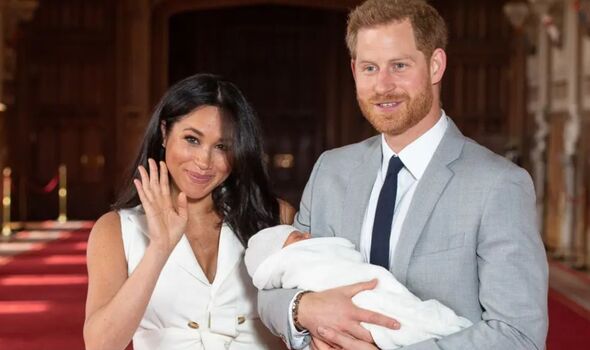 Archie and Lilibet were not immediately entitled to royal titles, due to their relatively distant status as the Queen’s great grandchildren.

However King Charles III has been crowned following her death, and Meghan’s children will both now be granted “Royal Highness” titles and be Prince and Princess.This is due to rules set out by George V in 1917, declaring that the grandchildren of an existing monarch have the right to titles.

Yet Meghan claimed during her Oprah Winfrey interview that it was racism preventing them from gaining regal status. She claimed that an unnamed mystery member of the Royal Family had “concerns and conversations about how dark his skin might be when he was born”, something which was then relayed to her by Harry. 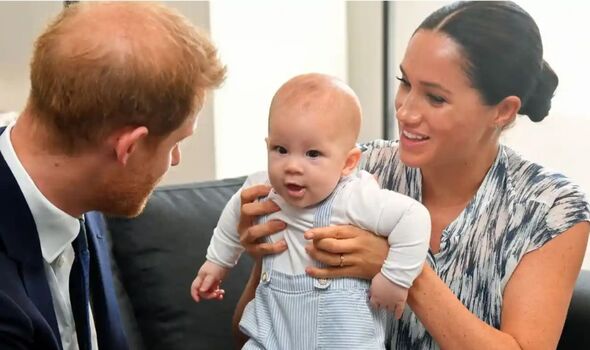 Meghan then added that “conversations” took place while she was pregnant with son Archie about possibly changing the convention when Charles reached the throne, so that she was no longer entitled.

She continued that her concern had not been the title itself, but her family’s right to receive police protection as public figures in the spotlight.

Harry and Meghan also astonished the world when they cast aside tradition and opted not to name first child Archie with any name used in the Royal Family previously.

Bookies had been expecting more conventional name choices, with a nod to royal predecessors, to be in the running, with high odds on the likes of Arthur, Edward and Philip.

However, Archie and middle name Harrison have not appeared as royal names on any date between 1066 and the arrival of Meghan’s son.

Buckingham Palace then announced at the time of Archie’s 2019 birth that the couple had declined to use any royal title for him.Yet Meghan told Oprah that it hadn’t been their choice, insisting: “It’s not our decision to make.”