Serena Williams hints she will make return to tennis at Wimbledon but on one condition.

Serena Williams has hinted that she will make her return to tennis at this year’s Wimbledon. The 23-time grand slam champion has not played professionally since last year’s Wimbledon, where she withdrew early in her first-round match against Aliaksandra Sasnovich due to a hamstring injury. The injury also caused her to miss the US Open, and she chose not to travel to the Tokyo Olympics.

She did not play at this year’s Australian Open after saying she was not happy with her level of fitness.However, in an Instagram story with NFL quarterback Aaron Rodgers on Thursday the 40-year-old suggested she will compete at Wimbledon this summer.

“We’ve been talking about my comeback and he’s been hyping me up and getting me ready for Wimbledon. Can’t wait!” When Rodgers asked her if she would play at this year’s US Open Williams said: “Wimbledon’s before the US Open, I’ve got to play Wimbledon first. Exciting!” 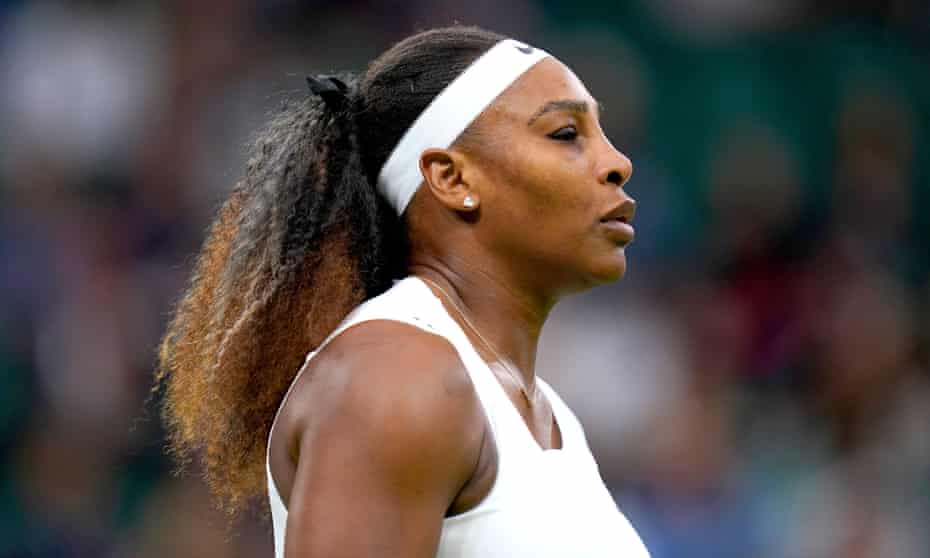 Williams is chasing Margaret Court’s record of 24 grand slam singles titles. Her last one came at the 2017 Australian Open and she lost in the finals of the US Open and Wimbledon in 2018 and 2019.

This year’s Wimbledon runs from 27 June to 10 July. She has won the grass court tournament seven times, her most recent success coming in 2016 when she defeated Angelique Kerber in the final. Williams is ranked 246 in the world.

Earlier on Thursday, Williams’s long-time coach, Patrick Mouratoglou, said he is now working with Simona Halep.“Today I am starting a new chapter in my coaching career – I am now the full-time coach of Simona Halep,” Mouratoglou said in a statement on Twitter. “In the last eight months, I realised how much I missed coaching. It is the passion of my life and I still feel like I have so much to give.

“Simona came to the Mouratoglou Academy before Indian Wells for a training block. I swung by at a few of her practices, watched her train.

“At the end of the week, she asked me if I was available to coach her. I have the highest respect for her but it was out of the question at the time. A few weeks later, I had a conversation with Serena, and the door opened for me, at least short-term, to work with someone else. I will keep you updated on what’s coming next soon.”