But the public will rarely see royals such as Meghan Markle and Kate checking their messages on their mobiles phones while they are at formal events. The Fab Four, otherwise known as Meghan, Prince Harry, Kate and Prince William, have been only pictured with their phones during their free time. Royal etiquette expert Myka Meier revealed the Royal Family do not want to seem unprofessional by being caught on their mobile phones.

She said to Thrive Global: “Just like most high-ranking professional would do in a formal business environment, the royals leave their phones in a pocket or handbag.” 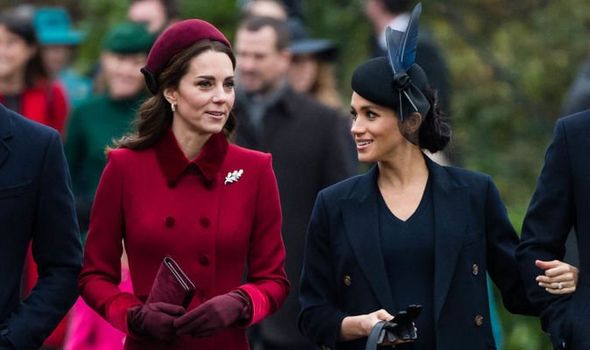 Meghan hinted there may be another reason she doesn’t check her phone often during her royal tour around Australia last October. While chatting to a fan at Bondi Beach, she revealed she felt “freer” by keeping off most forms of social media.

The well-wisher said: “She said a really beautiful quote. She said: ‘Flattery and criticism run through the same filter.“She said it was very freeing that she no longer has social media.” Meghan deleted her Instagram and Twitter accounts before she officially joined the Royal Family as Prince Harry’s wife. 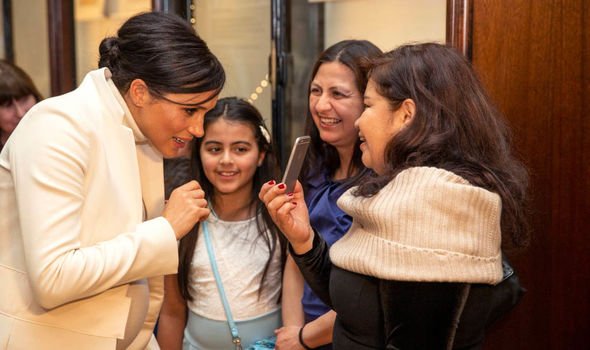 But her half-sister Samantha Markle has used Twitter to vent her frustrations at her estranged relative.

Her latest rant on the soical media platform was aimed at George Clooney, after he praised the Duchess when asked if he was going to be the godfather of her child. Samantha said: “Hey Looney Clooney! Your lawyer wife should have taught you not to make statements without full facts.”